With Facebook  facing a wave of public backlash over how it has handled user data over the years — a backlash that was kicked off two weeks ago with the revelation that data analytics firm Cambridge Analytica had worked on targeted election campaigns using personal and private Facebook data — the company today announced a new set of changes to help users find and change their privacy settings, as well as download and delete whatever data has been collected through Facebook’s network of social media services.

To be clear, many of these settings and features already existed in Facebook, but now Facebook is making them significantly clearer for the average user to find and use. It’s possible that Facebook would have had to do a lot of this work anyway in light of the new GDPR requirements that are coming into place in Europe.

What today’s changes do not do is provide any indications that Facebook plans to do anything different in terms of what information it’s gathering and using to run its service, and its bigger, profitable business. (Indeed, even upcoming changes to its terms of service, which will include more clarity on Facebook’s data policy, will contain no changes in it, the company says: “These updates are about transparency – not about gaining new rights to collect, use, or share data,” writes Erin Egan, Facebook’s chief privacy officer.)

We’ve seen a lot of people already downloading their Facebook data in the last week or so (without today’s update), and the impression you get is that they are generally coming away shocked by the amount of information that had been amassed through Facebook’s various apps across web and mobile. That in itself — combined with more scrutiny from regulators over how data is collected, used, and shared, and bigger changes that Facebook is making in terms of how it works with third-party apps that link into the Facebook platform (which CEO Mark Zuckberg announced last week) — will hopefully lead to more meaningful changes on that front.

For the time being, however, the main idea here is that if you choose to stay and use Facebook, caveat emptor, and proceed armed with more control. Facebook highlights several areas where changes are being put in place:

The news comes in the wake of CEO Mark Zuckerberg last week posting an acknowledgement of Facebook’s role in the scandal, and a pledge to improve the company’s practices with regards to third-party apps and how Facebook works with them, and what data it will provide in the future, which he also followed up with a full-page apology printed in several newspapers. It has not been enough for some, and #deletefacebook has become a trending concept, with the company’s stock taking a nosedive in the last two weeks. 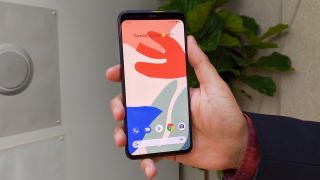