This is a Job Description of a Full Stack developer from Accenture, one of the leading IT firms in the world.

In this guide, we will discuss the tech stack, roles & responsibility, skills, salary, and future career scope of full stack developers.

Let’s start from the most basic one and discuss everything you need to know about Full Stack developers.

What Is Full Stack Development?

The term ‘full stack’ represents the ability to work on both – front-end and back-end parts of the application. Full stack development refers to the development of cutting-edge, modern, end-to-end applications including frontend (client-side) and backend (server-side) development.

A full stack developer is a person who possesses skills to develop complete web apps including front-end and back-end parts. Full stack itself represents a ‘complete’ stack that includes everything you require to build modern-day applications.

A full stack developer must have proficiency in one or more frontend frameworks and one or more backend languages.

The full stack term is not new.

Yes, it existed since the evolution of software development, especially web development. In the early 80s and 90s, many programmers single-handedly coded entire applications without requiring different skilled professionals, technologies, and programming languages. This was about the time when hardware and memory devices were limited and not so advanced.

With the introduction of client-server programming and the advent of innovative technologies in the 1990s-2000, software development started becoming more layered with the server part, database, presentation, and business logic.

The full stack term was coined after the 2000s(the exact year is not known) when web development required different expertise within layered structures of the development. In addition to this, different client-side and server-side frameworks entered the development market, requiring separate professionals to work on frontend and backend.

What Is The Future Scope Of Full Stack Developer?

Becoming a full stack developer is almost like T-Shaped developers who not only possess deep knowledge of any particular area but also familiar with a broad range of generalized concepts. This will help them become all-rounders and difficult to replace. They are collaborative, knowledgeable, and focused, significantly contributing to building happier, productive teams.

The future of Full stack developers seems promising as they have knowledge of every layer of the development including presentation, business logic, and database layer. But, at the same time, this role demands staying updated with a range of technologies and frameworks and proficiency in more than one language/framework.

Why Full Stack Developers Are In Demand?

One of the key reasons why full stack developers are in demand is flexibility. Flexibility to work with a range of tools and frameworks for backend and frontend. This saves time and cost especially for startups and mid-sized businesses.

In the case of large and established organizations with thousands of users, experts, and specialists in one technology/tool are preferred over full stack developers. Although, many tech giants are hiring full stack developers due to their all-rounder and ‘jack of all trades’ approach. They are more valuable to any company that wants faster time-to-market and cost-efficient solutions.

This versatility is a unique characteristic of full stack developers which makes them valuable than others. Today’s development practice involves diverse tools and skills like database management, API development, coding in an integrated environment, and an agile approach to development. The increasing demand for full stack developers makes it one of the hottest professions among developers and students. Higher salaries, flexibility, future growth, and continuous learning are some of the perks that come with this job.

Full stack developers can develop applications single-handedly, reducing the number of different roles required to hire for development. This saves a lot of time and cost especially for startups and small-scale enterprises.

Frontend covers the presentation part – a part that is responsible for user engagement and user interaction. Full stack developers require to know basic frontend languages like HTML, CSS, JavaScript, and important aspects of frontend development like validation, responsiveness, and user experience. They must know at least one front-end framework (Angular, React, Vuejs, Backbonejs, jQuery). They should be well acquainted with front-end development and continuously look for new things and updates.

As a full stack developer, you must know the nitty-gritty of website development including APIs, databases, and server configuration. They must possess expertise in at least one backend language (PHP, Java, C#, Ruby, Python) and respective backend framework (Django, Spring, .Net, Express.js, Rails).

Database management is also an essential part of full stack. They must be able to work with basic database functionalities like storing, creation, management, manipulation, and deletion of data. Knowledge of database software like Oracle, MySQL, NoSQL, PostgreSQL is one of the core skills of a full stack developer.

Apart from this, if you want to become a full stack developer, then you must learn/gain knowledge of:

Start with mastering one backend and frontend framework and gradually you can move ahead with other frameworks/technologies. It takes years and months to become an experienced full stack developer.

Full Stack developers are like a ‘one-man army’ for organizations that work in a fast-paced environment and continuously enhancing their products/apps to satisfy their customers’ needs.

The above-mentioned skills and responsibilities can be varied based on the organization’s needs. Full stack developers enjoy quite a good position in the market but they have to look for adding appropriate skills into their skillset very often.

Most Popular Tech Stacks Full Stack Developers Can Choose From:

There are many tech stacks are used in web and mobile app development. A stack is a combination of frameworks, languages, platforms, and tools used in building applications.

LAMP stands for Linux, Apache, MySQL, and PHP language. It is a classic tech stack and a large number of web applications are built with this stack. It is a widely-known open-source stack consists of an operating system (Linux), server (Apache), database (MySQL), and programming language (PHP). Instead of using Linux as OS, developers also use WAMP (Windows as OS) or MAMP (MAC OS) to build dynamic, stable web applications.

MEAN is an acronym for MongoDB, Express.js, Angular, and Node.js. At present, being a complete JavaScript-based stack, it rules the full stack development world. Each framework from this stack is very popular and has support from a vibrant, large community. This JavaScript-based tech stack has made revolutionary changes in web development as it uses JavaScript for server-side scripting through Node.js. It is the most commonly used stack for building scalable, powerful, and visually-appealing apps.

It is the same as MEAN – the only difference is Angular is replaced by React. React is a JavaScript library for building interactive user interfaces and single-page applications. It is maintained by Facebook and the community. It is one of the popular front-end libraries.

It is one of the classic, popular tech stacks for building end-to-end applications. RoR developers have the expertise to work on the frontend, backend as well as database part. Ruby is an open-source programming language and Rails is a server-side web application framework.

Python full stack web developers are also in demand as Python is one of the widely-used and modern programming languages to build faster and scalable web apps. It is suitable for machine learning and data science applications due to its simple syntax and powerful features. Django is a popular python-based framework and full stack python consists of Python, Django, Apache, and MySQL.

What Are The Roles And Responsibilities Of Full Stack Developer?

Many have chosen full stack as their career path and many developers are already on their way to becoming one. It is one of the high demand job titles due to its benefits of faster development, cost-efficiency, and sound technical abilities.

While every organization has its own set of requirement for a full stack developer, here are some key responsibilities developers need to fulfill:

The role of full stack engineers is broad and often compared with DevOps engineers and Product engineers. Let’s find the difference between these job roles:

The difference between full-stack developers and product engineers is of technical capability. Full stack developers are focused and skilled to execute both parts – frontend and backend (more emphasis on technologies) while software product engineers are focused on designing, developing, and managing new products or systems from idea inception to implementation to continuous improvement.

The one idea that is similar among these two roles is flexibility. Both – DevOps engineers and full stack developers require flexibility and skills to adapt to the changing market. Both are paid higher and higher in demand due to their skillsets. Full stack developers are well-versed in front-end and back-end development and on the other side, DevOps engineers are the persons who facilitate CI/CD pipeline and help companies establish DevOps strategy for development and deployments.

What Is The Salary Of Full Stack Developer?

The salary of a full stack developer is generally based on experience and technical expertise. Full stack developers are more suitable for startups and SMEs where they can replace big teams and develop faster.

There are several myths related to full stack developers. Let’s discuss those in detail.

What Are The Myths Of A Full Stack Developer?

They are highly skilled in one or two areas but they are not experts in everything. They must have a working knowledge of one frontend and one backend language and basic knowledge of every component required to build modern applications. They are more like generalists rather than specialists. They have a general idea and understanding of all relevant technologies but they do not possess deep and in detail knowledge of each.

They lack in-depth skills and deep expertise in each component and that’s the reason companies need professionals who are experts in one language/framework/component.

Up to some extent and especially for startups and small businesses, this is true. But this limits the options of choosing a tech stack. If you are planning to hire a single full stack developer, you need to depend on the skills of developers rather than choosing from a variety of tech stacks to meet the needs.

This is also true up to some extent. But when it comes to larger applications and the use of diverse technologies in production which is the case in today’s environment, a full stack developer will not be a suitable option. With full stack developers, your focus will be limited along with tech stack and that can become a concern for scalability.

If they leave your organization, you will have to face an urgent crisis to hire other professionals to meet the needs. Organizations that are relying on a single full stack developer are often limiting themselves to one person or a limited number of technologies.

A full stack developer is a developer or engineer who is capable to build end-to-end applications including frontend and backend development.

The role of a full stack developer is to build complete web applications including frontend, backend, and database management. They possess knowledge of every part of the development and work across a number of tools and frameworks.

Languages you must learn to become full stack developers – HTML & CSS, JavaScript, along with one backend language ((PHP, Java, C#, Ruby, Python) and front-end framework of your choice.

It depends on your learning ability, from where you are starting, and the languages you choose to work with.

Being responsible for both parts of the application may require to learn more than the average web developers do.

Yes, it is one of the high-paying and in-demand skills for upcoming years.

Full stack coding refers to the development of both – frontend and backend parts of the application.

Best Android launchers for customizing your phone in 2021 Previous post WWDC 2018: How to watch the Apple keynote live in India 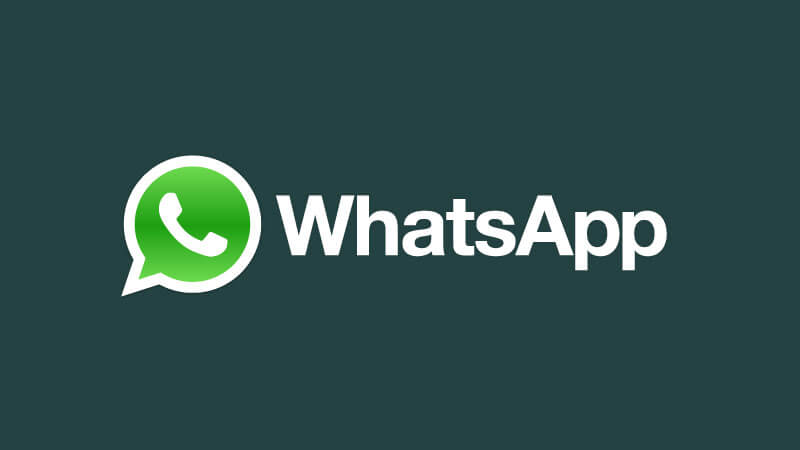